The phrase “and so forth” was in use in Old English (5th thru the 11th century), and is found in the German phrase “und so fort” with the same meaning.

But the phrase “and so on” does not seem to be in use until the early 18th century. Since the two phrases seem to mean the same thing, I suspect that using both together in the phrase “and so on and so forth” is a way of emphasizing, much like saying “etcetera, etcetera.” But I think that the phrase is also an example of itself!

I stayed up last night and got round five of the Unity quilt finished.  More flying geese and some small squares.  The hardest part is keeping it mixed up enough.  The pile of left over French general fabrics is shrinking.  I’m happy about this, but also hoping I don’t have to buy any more. 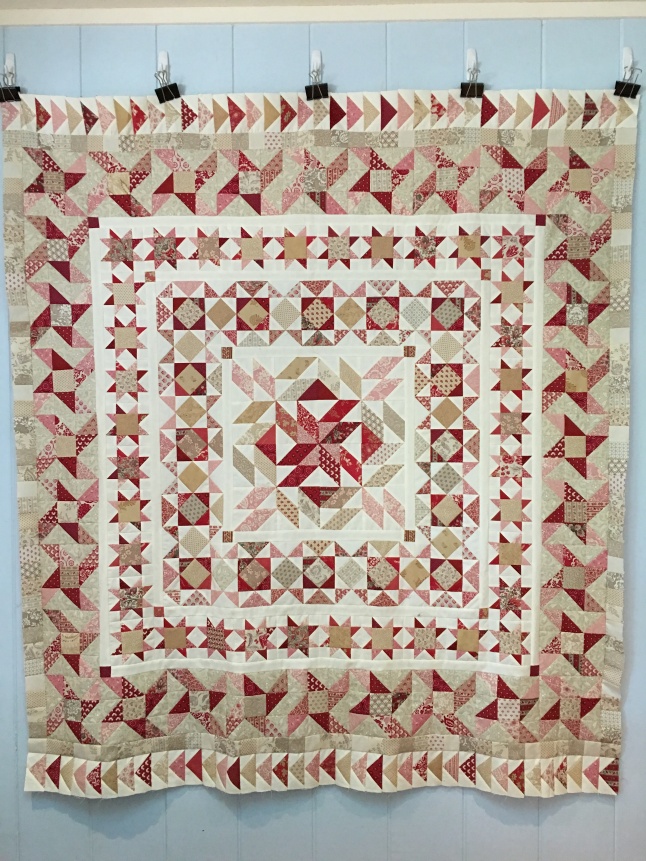 I finished the quilting on the Rambling Rose quilt.  The name is new, it popped into my head when I was doing the last row.  I was thinking of something that was western themed, Westworld, Annie Oakley, Wagons Ho, Denim and Roses, and so forth.  The tones are sepia and blues with cranberry red, it has an old west sort of vibe about it.  The backing is all mauve-y roses and leaves.  Going to get the binding on it today. 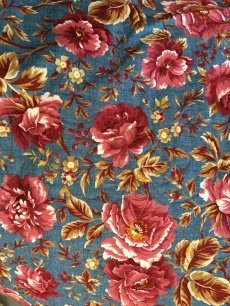 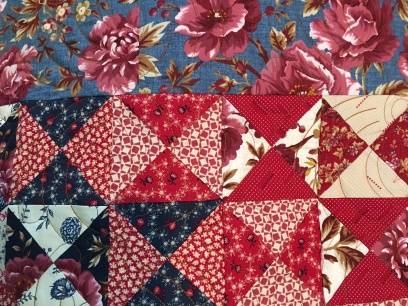 I managed to sew another twenty masks, for family and friends.  I’m really done with sewing them.  It’s not that they are hard to sew, or take that long, or aren’t appreciated, just that I have made over 90 of them.  I mentally don’t want to make anymore, but, then I have a hard time saying no. 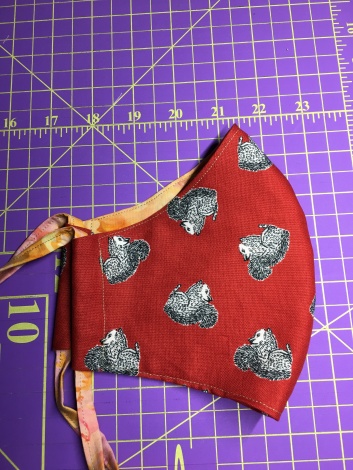 I did get my dahlia tubers separated and planted at the end of last week,  I’m anxiously awaiting sprouts.  This year I only have two tomato plants, an Early Girl and a Sun Gold.  I tried to start some seeds for peppers, but I don’t think they are going to sprout, it’s been two weeks.  The tomatillo seeds did sprout, along with a squash, so there will be something besides flowers on the deck this summer.  Tomatillos are surprisingly easy to grow and tolerant of neglect.  Last year I made green salsa and Chili Verde with the ones from my garden. 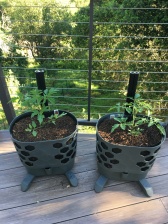 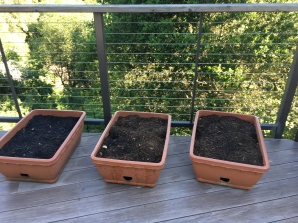 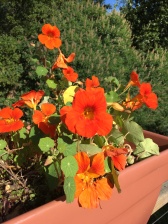