I am almost finished with the Farmers Wife Sampler.  This week was blocks 93 and 94, of 99 total.  I started this two ‘block a week’ quilt-a-long on September 18, 2015.  I have been keeping up pretty well, a few times I had to make four blocks, but generally I think I kept up with  the hostess, Kerry at VeryKerryBerry .  This weeks blocks are Starlight and Susannah. 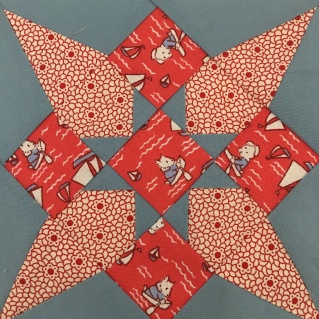 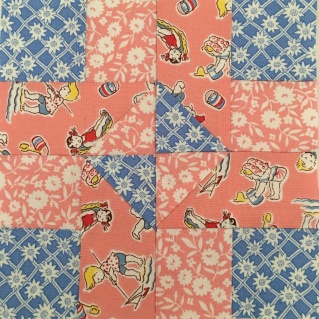 Last weeks finishes were Sarah and Sonnie.  I wonder how many people are still keeping up, there seems to by less people sharing each week.  The other blogger, Angie at GnomeAngel who was doing this quilt, picks the blocks at random, one a week.  Seems like most people are using templates, or foundation paper piecing (like me).  In the beginning there were some brave souls who were english paper piecing.  Following along on instagram I’ve noticed a drop off there too.  Once this quilt is together, I am going to focus on the 365 Challenge, the block-a-day quilt that started January 1 this year.  I stalled out on it in March, but I have been faithfully downloading each block daily.  It evens out I guess – keeping up with one and stalling on another. 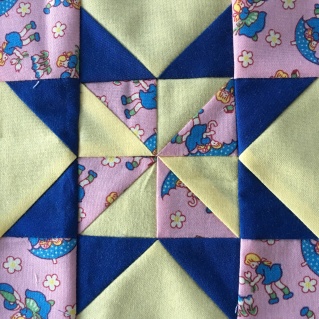 I also finished up the two Segments for my Gravity BOM and 16 Foxes for the Fancy Forest BOM.  I chain pieced the foxes and finished them up in about two hours one morning.  These are probably the easiest blocks of the quilt, also the most numerous. 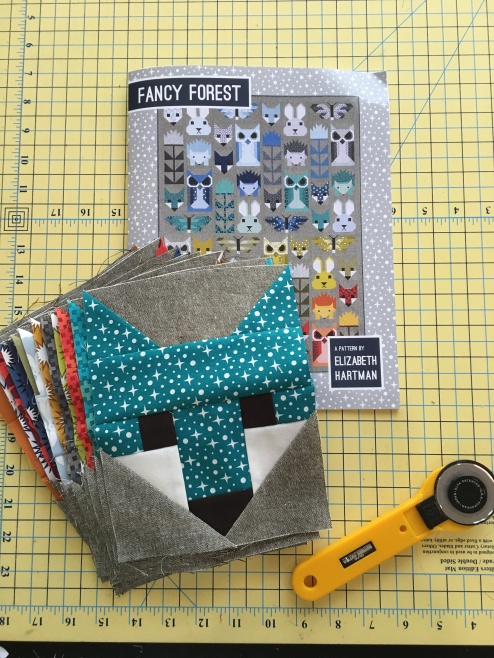 Lastly this week I made the backings for the Basketball Twins.  Since my finished tops measured 48 inches square, I had to add a strip of piecing in the center of the 42 inch wide team fabrics.  I had just enough left over pieces and yardage from the tops to accomplish this.  I used an all over pantograph called “Forget me Not”.  The orange/blue quilt has canvas colored thread on top and a blue bobbin thread to match the quilt’s blue fabric.  The yellow/purple quilt has canvas on the top and yellow in the bobbin.  I just started the second one today, I should have them bound and gifted by the end of this week.

I’d really like to start on my chair project this week.  I’ve been putting it off for weeks, I’m thinking it should take about 8 to 10 hour total, but I have to start first.

I linking up with Judy today at Patchwork Times for Design Wall Monday.