I made the two tops for the twin baby girls this week. They are due in early October.  So I still have time to quilt and bind them. 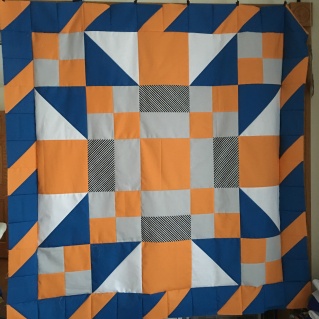 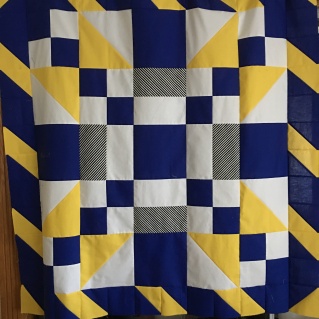 The parents are big NBA fans, he likes the Knicks (NY) and she likes the Warriors (CA).  I found this pattern in an old issue 2013 of QuiltMaker, it’s called “Go Baby”.  I changed the colors and added a simple border, to finish at 48″.  The backing is NBA team themed, and I matched the top colors to it.

I had a marathon Farmers Wife block weekend, I was behind 8 blocks.  I did five and will finish the other three later today.  Here are Pricilla, Prudence, Rosemary, Ruby, and Primrose.

Lastly I finished piecing my “Generally French” top.  I saw this pattern originally at the Hancocks of Paducah website as the Petite Dauphine Quilt.  I was simple enough to draft in EQ7 and I used up most of my French General fabric collection.  It finished at 96″ square with 576 blocks, half solid and half four patch.  I ended up piecing it in sections of 36 blocks and then putting them together, it seemed easier than making long strips. 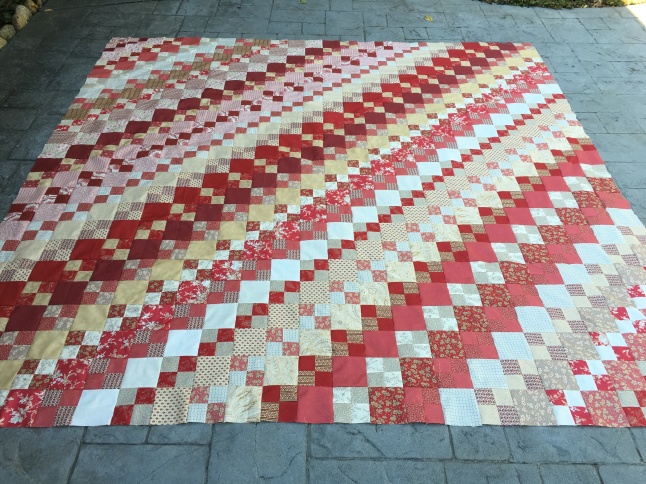 I may add a border of rectangles or a matching floral print I have, it’s large enough without them, but looks a little unfinished to me.

Linking up with Judy today for Design Wall Monday at Patchwork times .

One thought on “Basketball Twins”